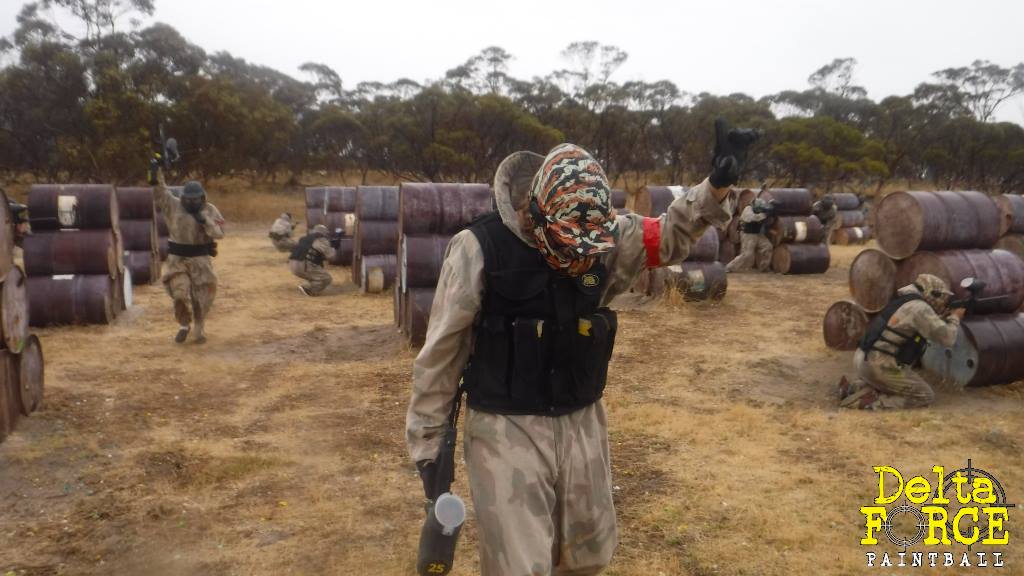 Paintball Etiquette? Is that even a thing?

Yes my fellow paintball warriors, it is.

There’s nothing worse than having your epic time ruined by someone who’s not playing fair, so I’m going to educate you all on some of the basic etiquette us paintballers appreciate.

I know, it sucks when you’re hit. It’s not too long till your next game though! If you’ve been hit, stick your hand up and let the marshal send you off the field to consider your strategy for the next game. Staying in when you’ve been hit is not cool, and unfair to the marksman that deserves his victory.

Not only is this against the rules, but you risk injuring your team mates or the other team by shooting point blank. Save your bullets for the shots that’ll count.

Be a good sportsperson.

You’re playing a team sport, so remember to play as a team. Also remember to congratulate the winning team! You’ll play against them later, so avoid being rude or starting an argument

Listen to the marshals.

I’ve mentioned our awesome marshals a few times, and here’s the best advice I can give: respect and listen to these dues, they’re hard working and want to make your day as awesome as possible. Listening to them will make your day, and theirs, much better.

Paintball warriors, there’s nothing better than an awesome day out on the field with your mates, shooting the enemy and having a wicked time on some awesome game zones. Can’t wait to see you there!